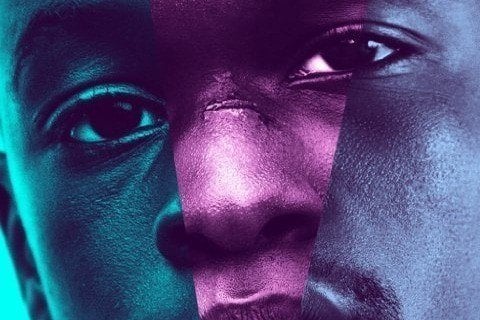 Three-time Oscar winning film about the life of a gay, African-American man growing up in Miami. The film is the first Academy Award winning movie in history to feature an entirely African American cast.

The film is loosely based off Tarell Alvin McCraney's titled In Moonlight Black Boys Look Blue. The movie was filmed in less than a month.