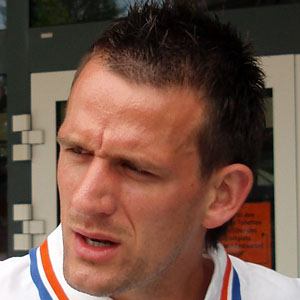 Dutch retired soccer star who won multiple titles with clubs like Ajax and PSV Eindhoven. He represented Netherlands at the 1998, 2006 and 2010 FIFA World Cups.

He reached the FIFA World Cup Final with his native Netherlands in 2010.

He has children named Demi, Danique, Denzell and Cerez.

He was teammates with Arjen Robben on the Dutch team at the 2010 FIFA World Cup.

Andre Ooijer Is A Member Of