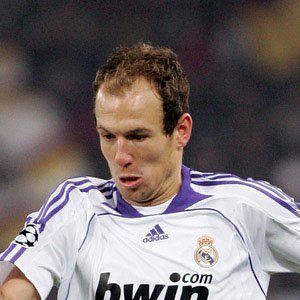 Forward/winger who became a member of the Netherlands national team in 2003. He played three seasons for Chelsea and two seasons for Real Madrid before joining Bayern Munich in 2009.

He began his professional career at age 16, playing for Groningen.

He was named Footballer of the Year in Germany in 2009.

He lost to David Villa and Spain in the finals of the 2010 World Cup.

Arjen Robben Is A Member Of