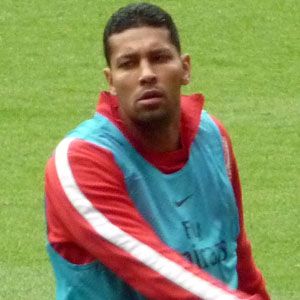 Left back and left winger who made his senior career debut in 2004 for Figueirense, and his international debut in 2009.

He played youth soccer for Figueirense, Flamengo, and Atletico Mineiro.

One of his best stretches of soccer came from 2009 to 2011 for Fenerbahce, when he scored 10 goals in 55 appearances.

As a member of Brazil's national team he played alongside Ronaldinho.

André Santos Is A Member Of