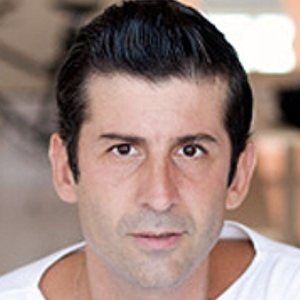 Graffiti artist best known for his monochromatic style. He's designed luxury consumer goods for brands such as Louis Vuitton, Chanel, Tiffany & Co and Nike. He also served as a creative director and owner of clubs, changing the nightlife scene in cities such as Paris, New York and Tokyo.

He first discovered graffiti at the age of 13 and became known for his famed stick figure character Mr. A in 1989.

He won a competition by the French magazine L'Express and was featured on the cover of issue number 2001.

He was born the son of a painter in Uppsala, Sweden. He was previously married to fashion designer Uffie.

He was commissioned to design work for fashion designer Sonia Rykiel.

Andre Saraiva Is A Member Of