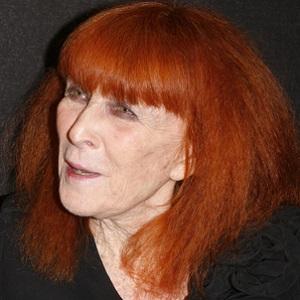 French fashion designer often referred to as "The Queen of Knits" who was known for garments like the famous Poor Boy Sweater. She authored several books and was voted as one of the world's ten most elegant women in 1980.

She worked at a textile store in Paris as a teenager.

She collaborated with British musician and fellow fashion designer Malcolm McLaren on the 1995 song "Who the Hell is Sonia Rykiel?"

She married boutique owner Sam Rykiel in 1953. She had children named Jean-Philippe and Nathalie Rykiel.

She and Coco Chanel became two of the world's best-known French fashion designers.

Sonia Rykiel Is A Member Of