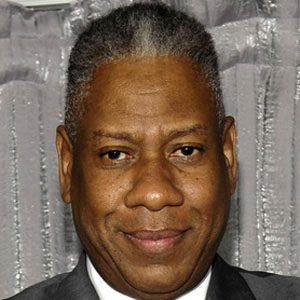 Vogue contributing editor, mentor of young fashion designers, and reality TV judge for America's Next Top Model. He wrote several fashion-related books, including co-authoring two personal memoirs. He died at the age of 73 due to a combination of COVID-19 and suffering a heart attack.

He graduated from North Carolina Central University and went on to study French at Brown University.

He offered fashion advice to Michelle Obama in 2008, encouraging her to investigate the clothing line of designer Jason Wu. His book The Chiffon Trenches: A Memoir, which was released in 2020, became known for its insight into racism in the fashion industry.

He was born in Durham, North Carolina to Alma Ruth Davis and William Talley, but was raised primarily by his grandmother, Bennie Davis.

He developed a close friendship with singer Mariah Carey.

Andre Leon Talley Is A Member Of