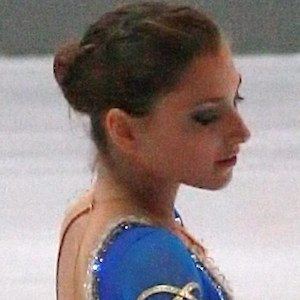 Israeli-American figure skater known for being part of the first figure skating pair to represent Israel at the Olympic Games when she competed in 2014.

She grew up training with the Essex Skating Club and was in a production of Nutcracker on Ice in 2008.

After the Olympics, she tried to change her country allegiance to the United States, but the Israeli Ice Skating Federation refused to allow it until ordered to by a court.

She was born in Vermont but grew up in New Jersey.

Meryl Davis and Charlie White also competed in figure skating at the 2014 Olympics.

Andrea Davidovich Is A Member Of