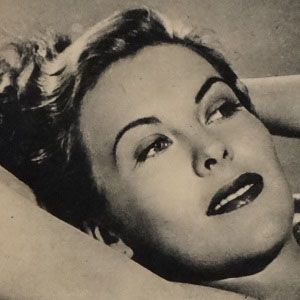 French actress who appeared in television, stage productions and films throughout the 1940s and 1950s. One of her most memorable roles was in the 1947 film Ride the Pink Horse.

She moved from France to the United States when she was a baby and started her career appearing in Broadway plays.

She was voted the most photogenic actress by Warner Bros. studio photographers in 1945.

She was cast in Edmund Goulding 's film Nightmare Alley but decided to appear in the film Ride the Pink Horse instead.

Andrea King Is A Member Of