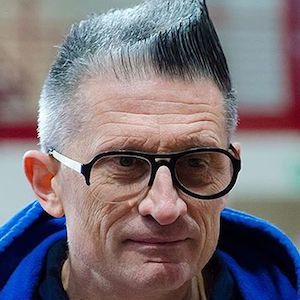 He is known for having won the Most Valuable Player award at the World Championships in 1990.

He was born and raised in Treviso, Italy.

He shared a photo with television host Federico Russo in Milan to his Instagram in September of 2018.

Andrea Lucchetta Is A Member Of