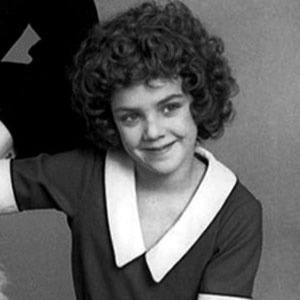 Actress who played the title role in the original Broadway production of Annie.

As a young girl growing up in Pennsylvania, she studied dance.

In 1977, while playing the role of Annie, she became the youngest performer to be nominated for a Tony Award for Best Actress in a Musical.

She married musical composer Edd Kalehoff in 1988; the couple divorced in 2011.

She portrayed Judy Garland in a 1978 made-for-television movie entitled Rainbow.

Andrea McArdle Is A Member Of