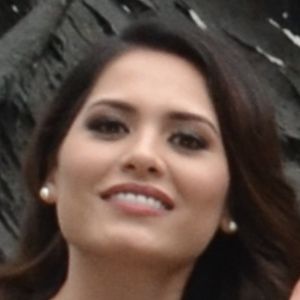 Mexican model and beauty pageant titleholder who won Miss World Mexico 2017. She represented Mexico at the Miss World 2017 and finished 1st Runner-Up. In May 2021, she was crowned the 69th Miss Universe.

She studied Software Engineering at the Autonomous University of Chihuahua.

She entered and won the Miss Chihuahua pageant during her last semester of university and started training for the Miss Mexico pageant after she graduated.

Her parents are Alma and Santiago, and she has two sisters named Karen and Mariana.

Tatiana Rodriguez and Joanna Zanella are both former Miss Mexicos.

Andrea Meza Is A Member Of