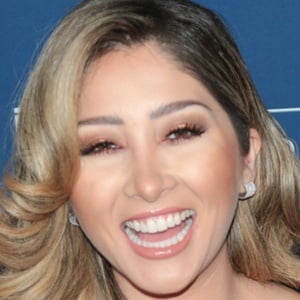 TV show host and actress who received the Gabriel's Award in excellence from Voz Latina for playing the lead role in a South American soap opera in 2005. She also won Miss Mexico Fox Sports USA at the FOX Sport Pageant in 2009. She has over 60,000 followers on her joannazanellaschaub Instagram account.

Her family moved to Guadalajara Jalisco, Mexico when she was a baby. Ten years later, she returned to California to pursue her dream of being an actress.

She has children with Brendan Schaub.

She acted alongside Luis Gatica in the 2008 film Un dia en el Banco.

Joanna Zanella Is A Member Of