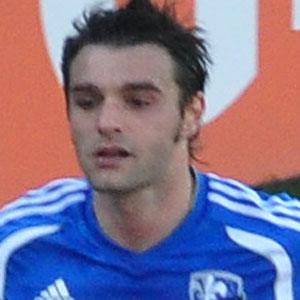 Italian forward who played in Serie A and in the MLS. He made 82 appearances for Parma between 2004 and 2010.

He first played professionally for Italy's Cagliari Calcio in 1998.

He was sent to the MLS's Montreal Impact on loan in 2013.

He was born to Giovanni and Claudia Pisanu.

He and Cristian Zaccardo both spent a portion of their Serie A careers with Parma.

Andrea Pisanu Is A Member Of