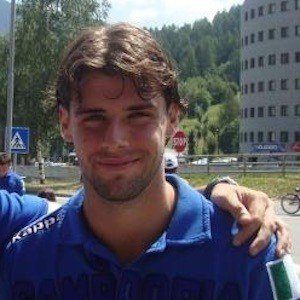 Midfielder who joined Bologna in 2017 and Italy in 2012. He was originally set to be a part of the 2013 FIFA Confederations Cup. He has more than 70,000 followers on his ap16official Instagram account.

He scored two goals in the first round of the 2008 U-19 European Championships.

His father is Piero Poli.

He and Cristian Zaccardo have both played for Bologna and Italy.

Andrea Poli Is A Member Of