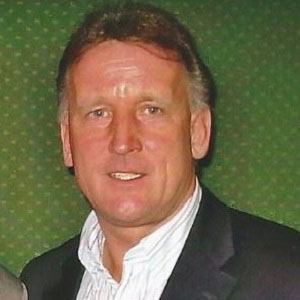 German soccer player most famous for kicking the winning goal for Germany against Argentina in the 1990 FIFA World Cup Final. He won the Guerin d'Oro as the Serie A Footballer of the Year in 1989 and won league titles with clubs like Kaiserslautern and Bayern Munich.

He was born in Hamburg, West Germany and spent his youth career with HSV Barmbek-Uhlenhorst from 1965 to 1978.

After retiring in 1998, he pursued a career as a coach with Kaiserslautern, Bundesliga SpVgg Unterhaching and VfB Stuttgart.

He married Pilar Martinez in 1987.

Andreas Brehme Is A Member Of