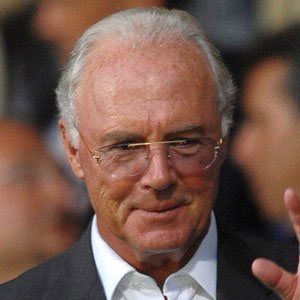 Legendary sweeper who played for West Germany's national team from 1965 to 1977. He spent the bulk of his club career with Bayern Munich, appearing in 427 matches from 1964 to 1977. He also managed the team for a time after his retirement.

He was a two-time World Soccer Magazine Player of the Year (1972 and 1976) and a four-time German Footballer of the Year during his career.

He married his third wife, Heidi Burmester, in 2006.

He ended his accomplished international career with the New York Cosmos in 1983, which was also the case for Pele in the 1970s.

Franz Beckenbauer Is A Member Of