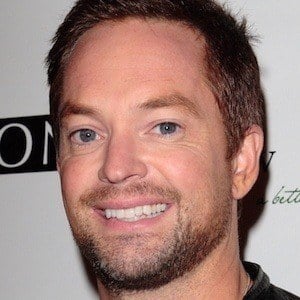 Swedish songwriter and music producer who had a hand in writing a number of internationally-successful pop singles, including Backstreet Boys' "I Want it That Way," Clay Aiken's "Invisible" and Katy Perry's "Waking Up in Vegas." He has also been a judge on the Swedish singing competition shows Idol and The X Factor.

He was born in the Danderyd Municipality of Sweden and was a member of the Cheiron Studios production team. He later launched the production company The Location and the publishing company Location Songs.

His autobiography, Live to Win: Låtarna Som Srev Mitt Liv, was released in 2010.

He has a son named William with model and singer Hannah Graaf.

Andreas Carlsson Is A Member Of