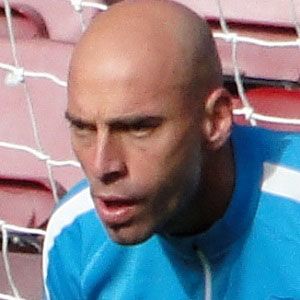 Argentine goalkeeper who won a gold medal at the 2004 Summer Olympics. He has also found success with clubs like Boca Juniors and Malaga.

He was born in Santa Elena and debuted with Boca Juniors in 2001.

He set a Malaga record by going 480 minutes without allowing a goal.

He has a daughter named Guillermina.

He emerged victorious at the 2004 Summer Olympics with the help of Fabricio Coloccini.

Willy Caballero Is A Member Of