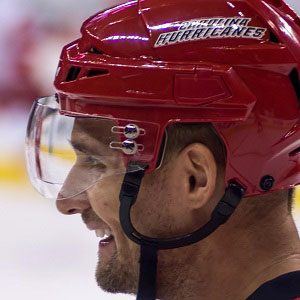 Czech defender who debuted in the NHL with the Buffalo Sabres during the 2006-07 season. He spent seven seasons in Buffalo, then went on to play for the Carolina Hurricanes, Los Angeles Kings and Edmonton Oilers.

He played for HC Dukla Trencin in Slovak Extraliga for one season before joining Owen Sound Attack in the Ontario Hockey League.

He received the Max Kaminsky Trophy as the most outstanding defender in the Ontario Hockey League in 2006.

He was born in the small town of Bojnice in central Slovakia.

He was teammates with star Canadian center Eric Staal in Carolina.

Andrej Sekera Is A Member Of