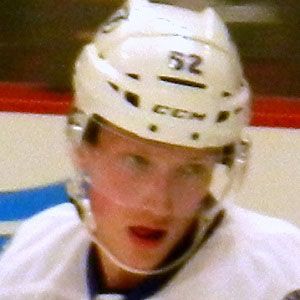 6'8" NHL defender who debuted with the Tampa Bay Lightning in 2013 and helped lead the team to the 2015 Stanley Cup Finals.

He moved from the Czech Republic to the United States at the age of 17 to play junior hockey, first joining the NAHL's Kenai River Brown Bears.

He played college hockey for the University of Nebraska from 2010 to 2013.

He was born in Pilsen, Czechoslovakia.

He and fellow defender Nikita Nesterov became teammates on the Lightning in 2014.

Andrej Sustr Is A Member Of