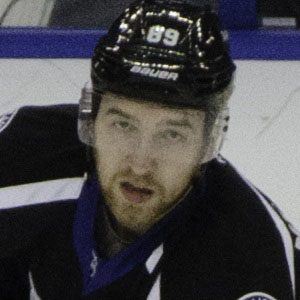 NHL defender who was selected 148th overall in the 2011 Draft by the Tampa Bay Lightning. He helped lead the Lightning to the Stanley Cup Finals in 2015.

He played for the KHL's Traktor Chelyabinsk from 2011 to 2013 after the team drafted him 22nd overall in the 2010 KHL Junior Draft.

He made his NHL debut in December 2014 and just four months later he played in his first NHL playoff game, recording a goal in the Lightning's 3-2 loss to the Detroit Red Wings.

He became teammates with fellow defender Victor Hedman on the Lightning in 2014.

Nikita Nesterov Is A Member Of