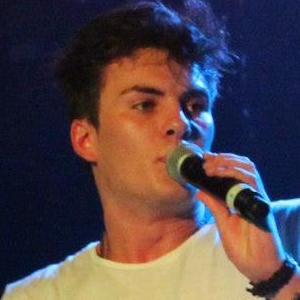 As the lead singer of the Spanish pop group DVICIO, he released the hit single "Paraíso" and the debut album Justo Ahora in 2014. In just a year, the YouTube video of "Paraíso" accumulated over ten million views.

He and his musical collaborators formed Dvicio in 2009, initially calling the group Tiempo Limite. After releasing the singles "Duena de Mi Mente" and "Detrás de Mis Miedos," he and his bandmates won a Spanish radio contest with their song "Titanium."

His band recorded its first album after signing with the Sony Music Spain label.

He and his older brother, bassist Martín Ceballos, are both members of Dvicio; they were born in Spain to an Argentine father and a Brazilian mother. In 2019, he began dating model Alejandra Efimer. He previously dated Paula Sancho from 2016 to 2018.

Andrés Ceballos Is A Member Of