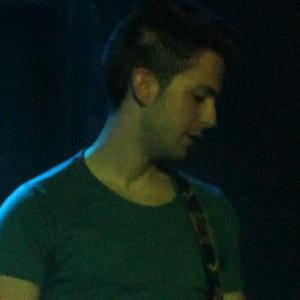 Guitarist best known as one fifth of the Madrid-born quintet DVICIO alongside Andres Ceballos. The band was signed to Sony Record in 2012 and went on to receive the Newcomer awards in 2014.

DVICIO first began to form between him and fellow members Luis and Alberto while attending school. They later met brothers Anders and Martin to complete the quintet.

DVICIO has performed in numerous cities across Spain including Barcelona, Madrid, and Malaga.

He was inspired to be a musician in part by his father who would play rock music on their car rides together. He has a sister named Eva.

He has met idols and Maná members Fher Olvera and Sergio Vallin and posted photos with them on his Instagram account.

Nacho Gotor Is A Member Of