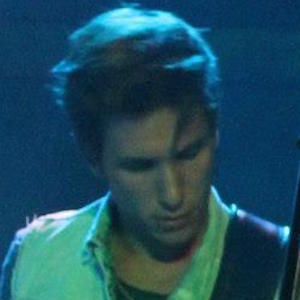 Bassist and singer for the Sony Music-signed Spanish pop group DVICIO. The band won Hit of The Year at the 2015 Neox Fan Awards for their single "Enamórate," but gained their main claim to fame with the song "Paraíso."

He and his musical collaborators formed Dvicio in 2009, initially calling the group Tiempo Limite. After releasing the singles "Duena de Mi Mente" and "Detras de Mis Miedos," he and his bandmates won a Spanish radio contest with their song "Titanium."

His and his bandmates first charting single "Paraiso" was used for a McDonalds Spain advertising campaign, in which McDonalds workers participated in a huge flash mob to their song in 2013.

He is the older brother of band mate Andrés Ceballos. They were born in Spain to an Argentine father and a Brazilian mother.

He and Nacho Gotor play the stringed instruments in DVICIO.

Martín Ceballos Is A Member Of