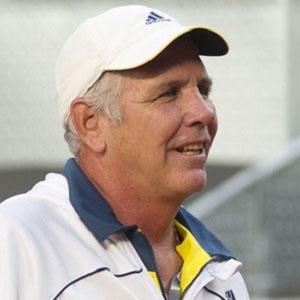 Ecuadorian tennis player most famous for his shocking upset victory over Andre Agassi, who was a decade his junior, at the 1990 French Open. He was also the winner of the men's doubles title at the 1988 French Open.

He turned professional 1979 and got off to a hot start, winning five doubles titles in 1980 alone.

He has five children, some of whom are tennis players who he has coached himself.

He defeated the United States' Aaron Krickstein to win the 1984 Italian Open.

Andrés Gómez Is A Member Of