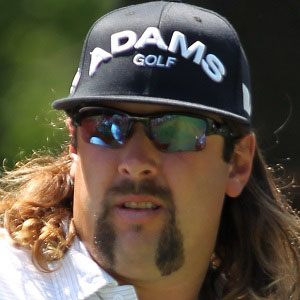 American golfer who has racked up notable wins on the Web.com tour including the 2012 Soboba Golf Classic and 2014 Utah Championship. He previously won the Scratch Players Championship as an amateur player in 2005.

He attended Oregon State University before transferring to the University of Nevada, Las Vegas.

He has become a fan favorite due to his distinctive handlebar mustache.

He got married to a woman named Kristin.

He and fellow American Josh Teater are both winners of the Utah Championship on the Web.com Tour.

Andres Gonzales Is A Member Of