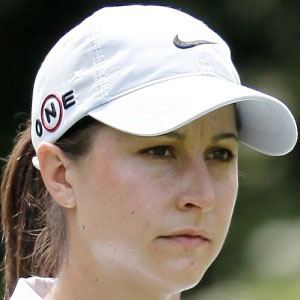 Professional women's golfer who won the Curtis Cup representing the U.S. in 2006 and joined the LPGA Tour in 2007. At the University of Washington, she was a Pac-10 champion and was the top-ranked amateur golfer in the nation.

She was announced as the National Association of Professional Women Athletic Spokeswoman in 2012.

Her brother, Brock, is a golfer who has played on the Nationwide Tour.

She and Suzann Pettersen both competed in the The Evian Championship in 2013.

Paige Mackenzie Is A Member Of