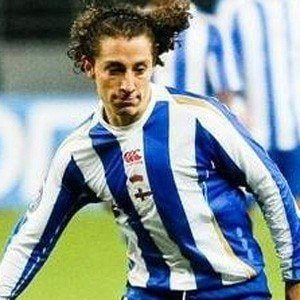 Mexican wingback who was twice named the best player at his position while playing for Deportivo La Coruna from 2007 to 2012. He began playing for the Philips Sport Vereniging in 2016.

He began his youth career with Atlas at age 7.

He scored 14 goals in his first 90 appearances with Mexico's national team.

He married Briana Guardado in 2006.

He joined Omar Bravo on Mexico's national soccer team in 2005.

Andrés Guardado Is A Member Of