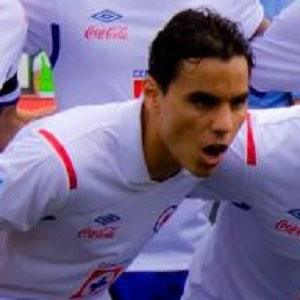 Mexican forward who joined Guadalajara for his fourth stint with the team in 2013 and began playing for Mexico's national team in 2002. In 2017, he signed with Phoenix Rising FC.

He played for Guadalajara's youth team until being called up to the senior squad in 2001.

He was the Mexican League's top scorer in 2007, while playing for Guadalajara.

He grew up with a sister named Claudia and a brother named Paul.

He was joined by striker Javier Hernandez on Mexico's national team in 2009.

Omar Bravo Is A Member Of