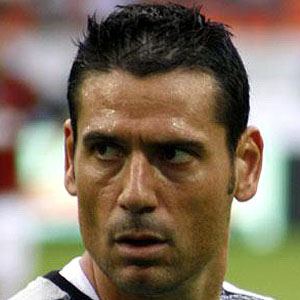 He debuted professionally with Valencia's B squad in 1993 after coming up through the club's youth ranks.

He was selected as a member of Spain's national team for the Euro 2008 tournament but never appeared in a match.

he was born in L'Alcudia, Spain.

He and defender Sergio Ramos were teammates on Sevilla.

Andrés Palop Is A Member Of