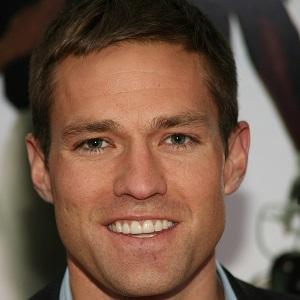 Reality star, naval officer and athlete most famous as the star of the reality show "The Bachelor: Officer and a Gentleman." He is known for his humanitarian efforts and was named one of Outside magazine's Top 100 Most Influential People in the World.

He was named as 1995's National Scholar Athlete of the Year by ESPN.

He is a three-time U.S. Triathlon All-American selection.

His father, Roy, was a Pennsylvania State Representative. He dated Marla Maples in 2007 but the relationship ended the following year.

He and Jake Pavelka have both been the bachelor on ABC's "The Bachelor."

Andy Baldwin Is A Member Of