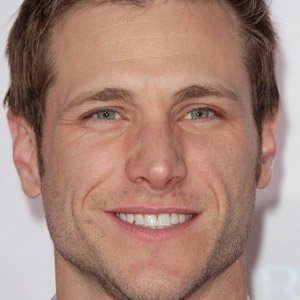 Former star of the fourteenth season of the popular ABC reality show The Bachelor; he also appeared on the VH1 reality show Famous Foods.

He began learning to fly at the age of twelve, later becoming a Pilot for Atlantic Southeast Airlines.

He competed on Dancing With The Stars in season ten of the show and was the fifth to be eliminated.

He got engaged to Vienna Girardi, but the pair had a public break up in 2010. He began dating Kristin Chenoweth in 2012 but the couple separated the following year.

Robert Guiney was The Bachelor on Season four, while Pavelka filled the role in season fourteen.

Jake Pavelka Is A Member Of