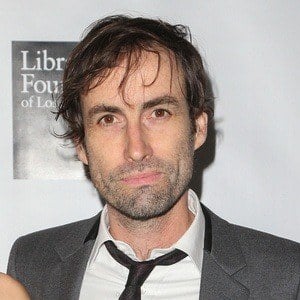 Multi-instrumentalist and vocalist who fronted the indie rock band Andrew Bird's Bowl of Fire and also has pursued a solo career, releasing songs like "Not a Robot, but a Ghost."

He started studying the violin at age four and eventually earned a degree in violin performance.

He had his greatest commercial success with the #1 US album, Break It Yourself, in 2012.

He married designer Katherine Tsina in 2010.

He performed the single "Plasticities" on the David Letterman Show in 2007.

Andrew Bird Is A Member Of