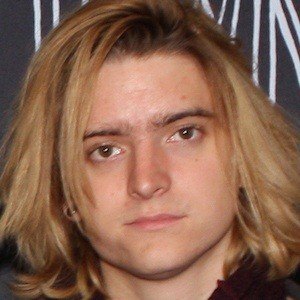 Lead vocalist and guitarist for the pop-rock band Little Sea whose debut single was titled "Thank You." They released an EP called Wake The Sun in July of 2014.

He and guitarist Oliver Kirby began posting cover videos of popular songs on YouTube in late 2013 when the band was just beginning to form.

With Little Sea, he signed with Careless Management before signing with Universal Music Publishing.

He is joined by drummer Leighton Cauchi and bassist Dylan Clark in Little Sea.

Andy Butler Is A Member Of