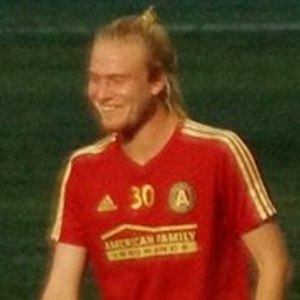 American midfielder who made his MLS debut for the Atlanta United in May 2017, at just 16 years of age.

He played for Georgia United at the youth level. He made his professional debut in 2016 with the Charleston Battery.

He is one of five siblings.

He and goalkeeper Brad Guzan have been teammates on Atlanta United.

Andrew Carleton Is A Member Of