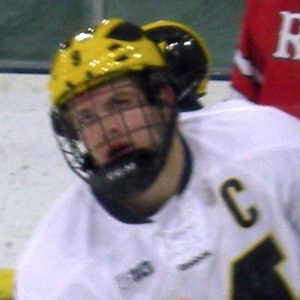 Center who is famous for his career in the NHL for the Winnipeg Jets. He signed his entry-level contract with the club in 2015, and has contributed off the bench for the club.

He played collegiate hockey for the University of Michigan Wolverines. He finished his college career for the Wolverines as their team captain during his junior year.

He played for the US National Team during the 2017 World Ice Hockey Championships. He previously led the US' U-18 squad to the IIHF World U-18 Championship gold.

His parents' names are Anne and Andrew.

He has played alongside Dustin Byfuglien for the Winnipeg Jets of the NHL.

Andrew Copp Is A Member Of