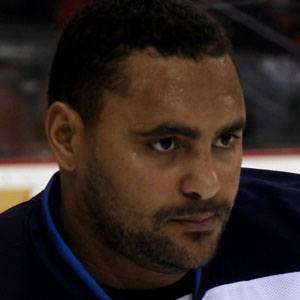 NHL Right Winger who was named to his first NHL All-Star game in 2011, representing the Winnipeg Jets.

He played in the WHL and AHL before making his NHL debut with the Chicago Blackhawks in 2005.

He became known for his impressive slap shot, which was recorded at a speed of 102.5 mph.

He had a daughter, Kira, with his longtime partner Emily Hendry on December 28, 2011.

He won a Stanley Cup with teammate Patrick Sharp on the Chicago Blackhawks in 2010.

Dustin Byfuglien Is A Member Of