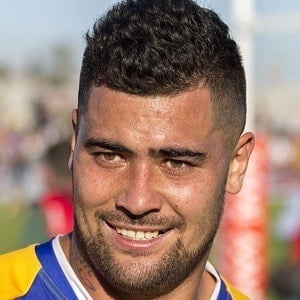 Rugby player known for playing with the Cronulla-Sutherland Sharks of the National Rugby League. He scored the winning try in the 2016 NRL Grand Final.

He tried to play with the Sydney Roosters and the North Sydney Bears as a teenager but was considered a lightweight.

He is from Blacktown, New South Wales, and of Indigenous Australian and Tongan descent.

In 2017, he played alongside team captain Cameron Smith for Australia.

Andrew Fifita Is A Member Of