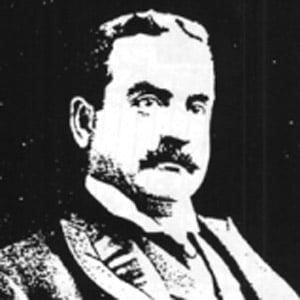 This late 19th and early 20th-century business executive is best remembered for his ownership (from 1895-1902) of the New York Giants baseball team. He also headed such transportation businesses as the Wright Company (aviation) and the Interborough Rapid Transit Company (subway systems).

In the early 1890s, he assumed control of the Manhattan Athletic Club. Several years later, he purchased the New York Giants' controlling interest for a sum of just over fifty thousand dollars.

During his time as owner of the New York Giants, he frequently feuded with players. Pitcher Amos Rusie even refused to play for an entire season due to an ongoing conflict with Freedman.

After his death, his four-million-dollar Bronx estate (worth over ninety million dollars in modern currency) was designated a New York City Landmark.

In 1902, he purchased a major share of the Baltimore Orioles, a baseball team that, at the time, included left fielder Joe Kelley among its ranks.

Andrew Freedman Is A Member Of