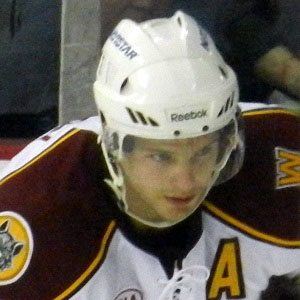 Right winger who made his NHL debut during the 2008-2009 season with the Washington Capitals, scoring his first goal in 2010 against Martin Brodeur.

He played for the Notre Dame Hounds in the Saskatchewan Junior Hockey League.

He was born in Halifax, Nova Scotia, Canada.

Winger Alex Ovechkin was his teammate on the Capitals.

Andrew Gordon Is A Member Of