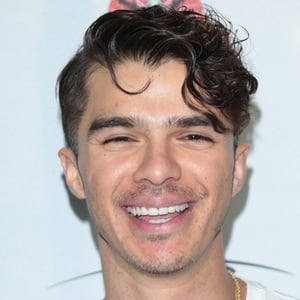 Actor best known for playing Jesse Arista in the Christopher Landon film Paranormal Activity: The Marked Ones. His other film credits include The Wrong Boyfriend and Lasso.

He was involved with gang activity before transitioning to an acting career. His first significant role was playing Jake in an episode of Major Crimes.

In addition to his acting career, he's also a dancer for a Los Angeles based dance crew.

He grew up in MacArthur Park and ended up in foster homes for much of his life. He was adopted by a French woman in Los Angeles. He also has a son named Andrew Jacobs II.

He starred opposite Paloma Kwiatkowski in the 2015 Lifetime movie Wuthering High School.

Andrew Jacobs Is A Member Of