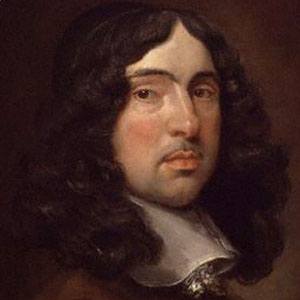 Seventeenth-century metaphysical poet and politician remembered for such poems as "The Garden," "To His Coy Mistress," and "The Mower's Song." He also published Mr. Smirke; or The Divine in Mode and other works of political, social, and religious satire.

He was the son of a clergyman in The Church of England, and he received his education at Hull Grammar School and Trinity College, Cambridge.

His sudden death in 1678 was rumored to be the result of poisoning by religious or political enemies.

Marvell's housekeeper, Mary Palmer, claimed after his death to have been his secret wife since 1667.

He was a close friend and literary contemporary of Paradise Lost author John Milton.

Andrew Marvell Is A Member Of