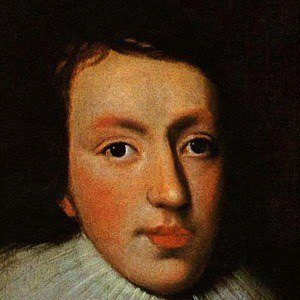 English poet who published his blank verse masterpiece, Paradise Lost, in 1667. His other works include Paradise Regained, Samson Agonistes, and Animadversions.

He wrote Paradise Lost during a period when he was blind and living in poverty.

He married twice and had five children.

During the Eighteenth and Nineteenth Centuries, popular English opinion held Milton's literary work to be at least equal to -- and possibly superior to -- that of William Shakespeare.

John Milton Is A Member Of