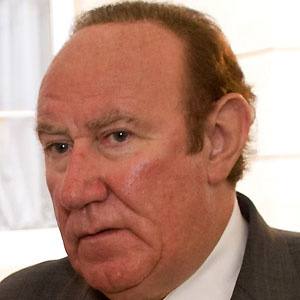 Host of BBC's Straight Talk With Andrew Neil who served as an editor of The Sunday Times for 11 years.

He attended the University of Glasgow, where he was the editor of the school newspaper Glasgow University Guardian.

He was responsible for bringing The Simpsons to British television.

He dated IT engineer Susan Nilsson for several years.

He was hired as the editor of The Sunday Times by Rupert Murdoch.

Andrew Neil Is A Member Of