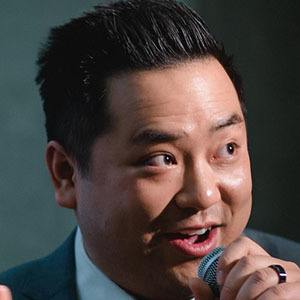 Actor and comedian who is best recognized for his role as Kimchee on the 2016 series Kim's Convenience. He is also known for his sketch comedy which he showcased on the 2015 series Cowtown.

He started his career performing in the Loose Moose Theatre Company. He then attended the
University of Calgary before pursuing acting in 2008.

He is also known for his sneaker collection and co-founded YYCSolediers which hosts the Sneaker SWAP event in Calgary.

He and his wife Tamera have two sons who are often featured on his Instagram.

Andrew Phung Is A Member Of