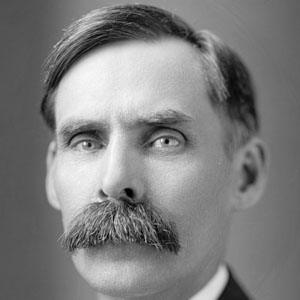 Republican politician who was a Member of the US House of Representatives from Minnesota from 1903 to 1923. He notably authored the National Prohibition Act of 1919 (or the Volstead Act), which made the country officially dry for more than a decade.

After studying law, he began practicing in Minnesota, and won a seat on the House of Representatives in 1903.

An alcohol abstainer himself, he subscribed to the ideas advanced by group like the Anti-Saloon League that alcohol brings a rash of social ills.

He was born in Kenyon, Minnesota, the son of Norwegian immigrants.

His act and its adherent amendment were finally rescinded by Franklin D. Roosevelt's signature in 1932.

Andrew Volstead Is A Member Of