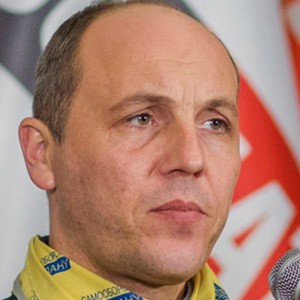 Russian politician who is best recognized for having served as Chairman of the Verkhovna Rada. He is also known for having previously served as the Secretary of the National Security and Defence Council of Ukraine.

He was honored with the Ecumenical Patriarchate of the Cross of St. Anthony.

He was born and raised in Chervonohrad, Ukrainian SSR.

Other Ukrainian politicians include Mykhailo Dobkin and Yuriy Boyko.

Andriy Parubiy Is A Member Of