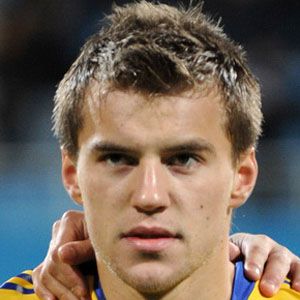 Winger and forward who was a Ukrainian Premier League Champion in 2008-2009 with Dynamo Kyiv and debuted internationally for Ukraine in 2009.

He played youth soccer for Yunist Chernihiv in 2002.

He began his professional career with Desna Chernihiv in 2006.

Striker Andriy Shevchenko was his teammate on the Ukrainian national team.

Andriy Yarmolenko Is A Member Of