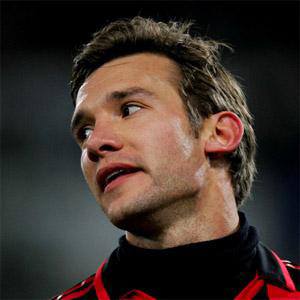 Ukrainian striker who earned many national and international accolades including the 2004 Ballon d'Or and six Ukrainian Football of the Year awards; spent 17 years with the Ukrainian national team.

He began his professional career with Dynamo Kyiv in 1994.

He married model Kristen Pazik in July, 2004 and had two sons with her.

Andriy Shevchenko Is A Member Of